West Virginia University School of Pharmacy students with a passion for community pharmacy will benefit from an alumnus’s $100,000 scholarship gift.

Jim Smith recently contributed an additional $100,000 to bolster his namesake scholarship fund. The scholarship is awarded annually to a pharmacy student with demonstrated financial need who plans to practice community pharmacy.

Smith’s gifts to the James F. Smith Scholarship Fund and the School of Pharmacy Annual Scholarship fund have provided support for more than 40 students to date.

“Similar to his leadership in the pharmacy profession, Jim has made an enormous impact on students by his scholarships,” William Petros, Gates Wigner Dean of the School of Pharmacy, stated. “He is truly an inspiration to both our students as well as alumni.”

Smith, of Cary, North Carolina, earned his bachelor’s degree in pharmacy from WVU in 1971. He practiced eight years as a community pharmacist before moving into management and leadership roles for Thrift Drug, Eckerd and CVS. He later served as CEO for National Medical Health Card Systems Inc. and QoL Meds LLC before retiring in 2015. He continued to serve as a board member for a private equity company until 2020.

He credits support from his wife, Judy, and the strong educational foundation laid by the WVU School of Pharmacy for much of his success.

“Pharmacy gives you such a nice background and such a great way of thinking things through because a lot of logic applies in all your classes and things like that,” Smith said. “It gave me a great way to further my career in what I wanted to do. Without that strong foundation and many experiences, I could never have succeeded as a CEO of two different companies.”

Smith is one of eight children, most of whom pursued careers in health care and/or science. His father, a physician who managed Veterans Affairs hospitals, passed away when he was in high school. The resulting financial challenges forced Smith to rely on scholarships, loans and other financial aid to pay for his education.

“I always said that if I was able to, I would try to pay it back,” he said. “Back when I went to school, I don’t even remember what I paid, but it wasn’t anything close to what the kids have to pay today. I thought setting up and giving to a scholarship would be the best way to pay it back.”

Maxwell DeNora, of Rochester, New York, is among the students to benefit from Smith’s scholarship gifts. A fourth-year student pharmacist, he will begin a managed care pharmacy residency at Anthem following graduation this month.

“It was really special to be awarded this scholarship,” DeNora said. “Not only did this scholarship provide me financial support, but it also gave me a sense of what it means to be a WVU student and, soon, alumnus. The sense of community here inspires me to someday give back to students in the future.”

Community is important to Smith, who said his career was always rooted in community pharmacy. He found great satisfaction in getting to know patients, nurturing a relationship with them and building trust. He hopes to cultivate that same spirit among the next generation of School of Pharmacy alumni.

“There’s really a uniqueness in having that customer or patient right in front of you and talking to them,” Smith said. “I wanted to find students who wanted to do that and help them. … “Hopefully, when they get to the point further in their career where their loans are paid back, they’ll look back and say, ‘You know, someone helped me,’ and they’ll do it, too.”

Smith has already committed to making another $100,000 scholarship gift by year’s end.

Smith’s gift was made in conjunction with WVU Day of Giving. The 24-hour online fundraising event is organized by the WVU Foundation, the nonprofit organization that receives and administers private donations on behalf of the University. This year’s event, held on March 3, raised $11.9 million to benefit WVU from over 5,000 donors.

Smith’s contribution also bolsters efforts by the Foundation to provide scholarship support for students in need via “We Are Stronger Together,” a special fundraising initiative launched to assist those affected by the COVID-19 pandemic with educational expenses. 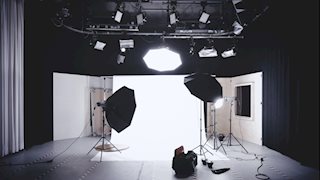 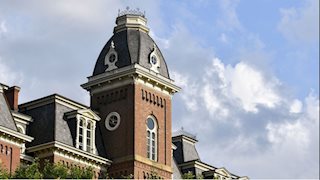