School of Pharmacy announces changes to its leadership team 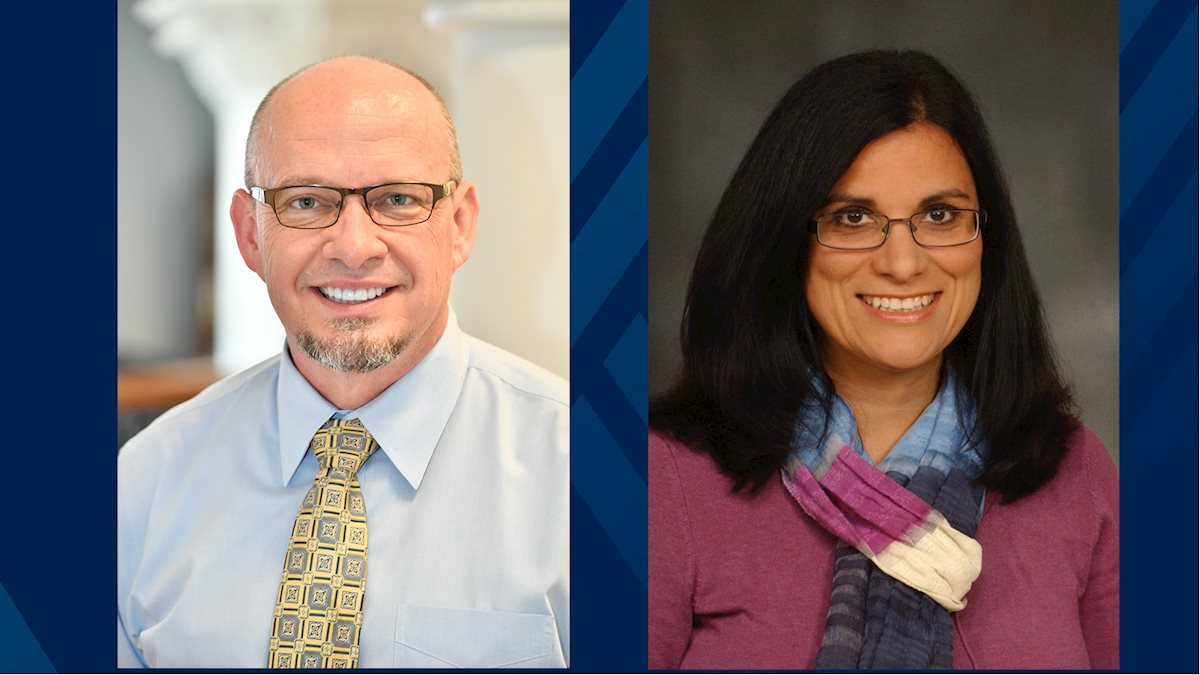 The West Virginia University School of Pharmacy is pleased to announce changes to its leadership team. Dr. Paul Lockman has been appointed the position of senior associate dean for research and strategic initiatives in addition to Mylan Endowed Chair of Pharmacology, while Dr. Mary Stamatakis has been appointed to senior associate dean of academic affairs and educational innovation.

Lockman previously served as the School of Pharmacy’s Douglas Glover Endowed Chair of the Department of Pharmaceutical Sciences. In his new role, he will oversee all research at the School. Dean William Petros says the new position shows the School’s commitment to research and interest in alignment with broader initiatives across WVU and its Health Sciences Center.

“Paul Lockman is an internationally recognized translational cancer researcher, but equally important for our School is his ability to collaborate across research disciplines and disease areas. Expansion of such collaborations is an important growth opportunity for the School of Pharmacy, and Paul is the perfect person to lead us in that direction.”

In addition to his new position, Lockman was recently appointed assistant vice president of experimental therapeutics for the WVU Health Sciences Center and continues as associate director for transitional research at the WVU Cancer Institute. Lockman came to WVU in 2013 from the Texas Tech University School of Pharmacy where he was the associate dean for assessment and accreditation. In 2016, he was one of four WVU faculty members to be named a 2016 Benedum Distinguished Scholar. Lockman’s primary research focus is on understanding why chemotherapy has limited distribution and ultimately fails in brain metastases of breast cancer.

Stamatakis came to WVU in 1993 from The Ohio State University. She is a professor of clinical pharmacy, and has served as associate dean for academic affairs and educational innovation since 2007. In addition, Stamatakis served as interim dean from 2015-2017. She oversees development, implementation and evaluation of all educational aspects of the Doctor of Pharmacy degree program which recently included a major redesign of the curriculum. She also serves as the School of Pharmacy liaison for interprofessional education initiatives at the Health Sciences Center and manages the continued accreditation of the Doctor of Pharmacy program.

During her time at WVU, Stamatakis has provided outstanding service and leadership to numerous School and University committees including sitting on the University’s Faculty Senate. Nationally, she has served in various positions for the American Association of Colleges of Pharmacy and as a team member for Accreditation Council for Pharmacy Education site visits. In 2012, she received the Jerry Siegel Clinical Achievement Award from The Ohio State University Wexner Medical Center Pharmacy.

“Mary has been a guiding light for the redesign of our curriculum,” said Dean Petros. “Her ability to work across departments and schools will be instrumental as we explore new ways to enrich our PharmD program.”