On Saturday, Dec. 18, Dr. Samuel A. Sprowls walked across the West Virginia University Coliseum stage — signifying an end to his journey at the WVU School of Pharmacy and a new one as a postdoctoral fellow at Cleveland Clinic Lerner Research Institute.

Sprowls’s time at the School of Pharmacy was unique. As a PhD candidate in 2019, he applied for and received a coveted research award from the National Cancer Institute. He had to wait nine long months for the good news, all the while hoping, and at times doubting, his research could rival that of his peers around the country.

“I was competing with students from Harvard, Johns Hopkins, Stanford—all of these prestigious institutions.” Said Sprowls, who at the time was a graduate student in the School’s Pharmaceutical and Pharmacological Sciences Graduate Program.

Sprowls was one of roughly 25 doctoral students to earn the NCI Pathway to Independence Award. The funds allow promising doctoral scientists to receive mentored and independent research support from the same award.

In the laboratory of Dr. Paul Lockman, Sprowls’s research focused on the treatment of HER2-positive breast cancer patients with brain metastases. The NCI funds allowed him to investigate the effects of radiation therapy on the brain’s blood vessels and how it impacts a drug’s ability to move from the blood into metastatic brain tumors. He also tried to identify the best timelines for administering chemotherapies following radiation therapy to patients suffering from these tumors.

“We don’t know when the time window of greatest drug penetration beyond the blood-brain barrier may be,” Sprowls said in a 2020 interview. “It could be immediately after radiation therapy, eight hours later, or at any time following treatment. So, we need to evaluate those mechanisms over the next couple of years and look at the different dynamics of blood-brain barrier opening following radiation treatments.”

Since then, Sprowls has been awarded the postdoctoral phase of support from NCI to investigate the biological sex differences that underlie therapeutic response to radiation in glioblastoma, the most common primary malignant brain tumor. At the Cleveland Clinic’s Lerner Research Institute and under the mentorship of Dr. Justin Lathia, Dr. Sprowls will aim to understand the disparity in prevalence and survivorship that exists between men and women at a molecular level.

“We know that men are affected more by these primary brain tumors and have a poorer survival rate,” said Sprowls. “We will examine what is happening at the blood-brain barrier during standard of care treatment for these tumors and if there is a difference between men and women. Further, we want to know if these differences can help guide clinical decision-making in the future.”

The NCI award provided Sprowls with $94,000 for the first two years and another $346,000 for up to four years of postdoctoral research. He hopes that someday his work in the lab will make a difference in the lives of others.

“After diagnoses, most of these patients don’t have much time. Their prognosis is very poor,” said Sprowls. “Any benefit we can give someone, whether it’s a day, a month or an extra year, is critical.” 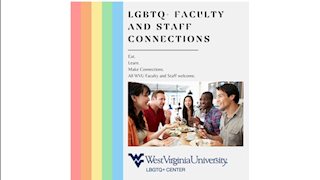