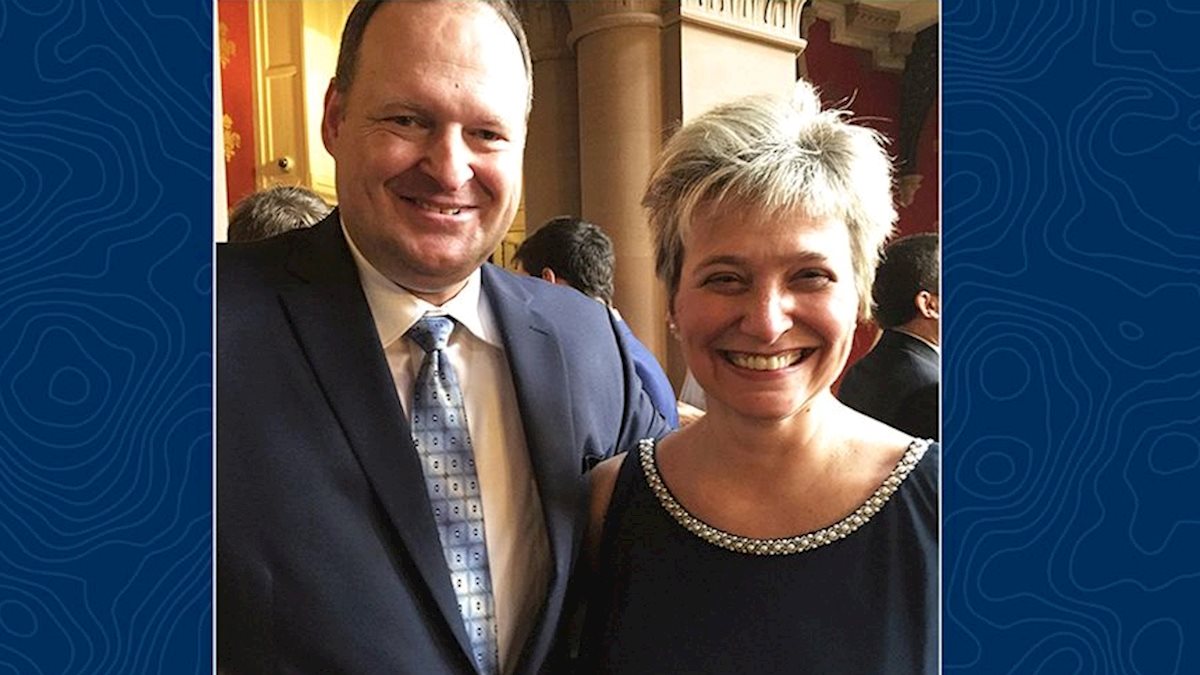 First-generation students at the West Virginia University School of Pharmacy will benefit from a $100,000 scholarship gift from a WVU alumna and her husband.

The Janice M. and Paul R. Carpenter Endowed Scholarship will be awarded to first-year Doctor of Pharmacy students with financial need, with preference for those who are the first in their family to pursue a health sciences degree and/or college education.

Originally from White Sulphur Springs, West Virginia, Dr. Janice Carpenter was the first in her family to go to college. She obtained her Bachelor of Science degree in pharmacy in 1992 and her Doctor of Pharmacy degree in 1997, both from the WVU School of Pharmacy.

“Dr. Carpenter’s career path provides an inspiration to our students, and she continues to provide important service to the School as a member of our Leadership Council,” said Dr. William Petros, Gates Wigner Dean of the WVU School of Pharmacy. “This endowed gift will further amplify her legacy to our students for years to come.”

Dr. Carpenter said the scholarship is a way to honor the School that gave her so much.

“Having the love of health care overall and a strong appreciation for lifelong learning, studying pharmacy at WVU, alongside my classmates and with dedicated faculty, prepared me for my professional career,” she said. “It underscored the importance of education and how it can prepare you for a career that you love and enjoy.”

She then worked with AstraZeneca Field-Based Medical Affairs for over 15 years, first serving as a Medical Science Liaison in the areas of cardiovascular medicine and oncology, and then as an Oncology Regional Director supporting thoracic oncology research with cancer centers throughout the eastern region of the United States.

Paul Carpenter graduated with a Bachelor of Science degree in business from Ohio State University. His affinity for WVU began as a child living in Bridgeport, West Virginia, and attending football and basketball games with his father to cheer on the Mountaineers.

“Janice and I recognize we have been afforded diverse and challenging career opportunities due to our education,” he said. “We are blessed to foster interest in furthering advanced learning and education.”

Paul worked in management of manufacturing operations prior to retirement.

“We want to give back in a way that will lessen the financial pressure on a student and their family as they consider their options.”

Dr. Carpenter added that it is hard to put a price tag on the experiences that accompany a college education. She appreciates the scholarships and aid she received while attending WVU, where she was inspired by professors like Calvin Brister and the late Dr. Art Jacknowitz.

The Carpenters hope their gift will encourage others to support the University.

“We’ve always recognized the significance of being good stewards, both with our time and our resources,” Dr. Carpenter said. “We believe giving back, whether with our time, skills, or money is equally a blessing and a privilege. The tremendous amount of trust and respect I have in the WVU School of Pharmacy and passion we both have for providing support to others is why we chose to do an endowed scholarship. Hopefully, this will create a domino effect, so others give back to a school that gave us so much.”

The Carpenters’ gift was made through the WVU Foundation, the nonprofit organization that receives and administers private donations on behalf of the University, in conjunction with WVU Day of Giving. Alumni and friends made

5,637 gifts totaling $15.5 million to support the University’s fifth Day of Giving on March 9. 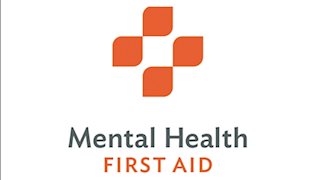 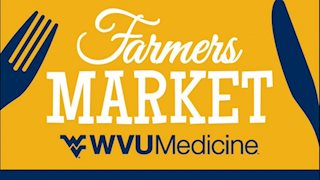